Where to drink: the best signature cocktails in Kiev

Welcome to Ukraine! Introduction to the bar scene and cocktail culture is an important step on the way of getting to know the country more closely, in a much more informal way. In the recent years, Ukraine has experienced a cocktail boom. Bartenders became more proficient and knowledgeable, now drinks at bars can satisfy even the most fastidious drinkers. In this guide, we explore cocktails prepared by the city’s bar professionals for the World Class cocktail competition. Their objective was to envision the future, the future of the cocktail.

Since its launch in 2009, Diageo Reserve WORLD CLASS has been instrumental in transforming fine drinking and cocktail culture around the world. Now in over 60 countries, including Ukraine, it has supported, educated and inspired over 250,000 bartenders through its training and advocacy program. WORLD CLASS Bartender of the Year competition brings together the best bartending talent from around to globe to decide who will be crowned the world’s best bartender. Maybe, a Ukrainian will win the competition this year? So, let us together dive into a mix of traditions and fantasies of Kyiv bartenders.

KUCHKAROV NADIR | Cocktail: Bee To Be 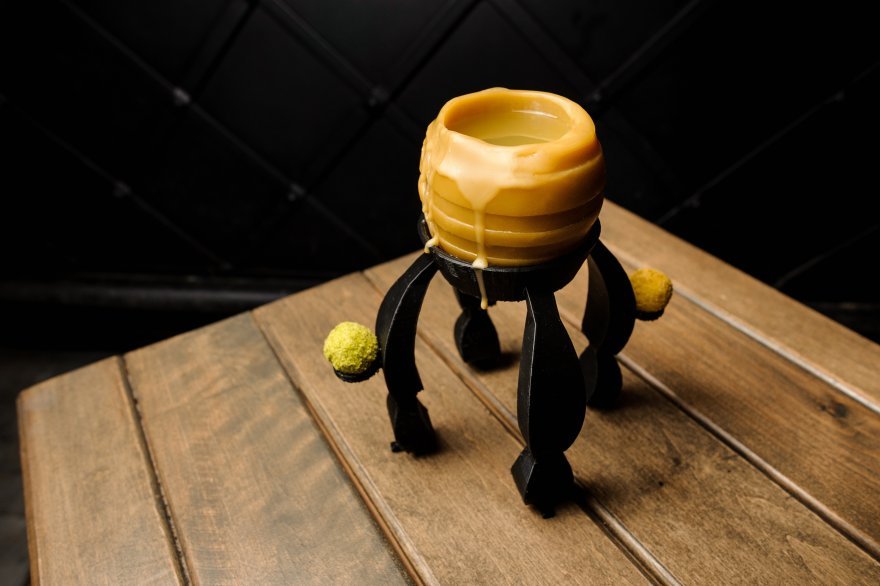 When I think about the future not as something abstract, but as a real picture with the world us where our children will live, I am not imagining spacecraft or nanorobots with artificial intelligence, but I see pollution, hunger and disappearance of rare plants and animals. My biggest fear is that my children will not see the world in the way that we know it now. We can lose our cozy world, blooming meadows and fruitful gardens.

In his cocktails of the future, Nadir wants to draw social attention to the environmental issues. He believes that innovation should be implemented only with consideration for the environment. Nadir’s  cocktail BEE TO BE is based on premium vodka Ciroc served in beeswax-glass on a stand  that was printed on 3D-printer. 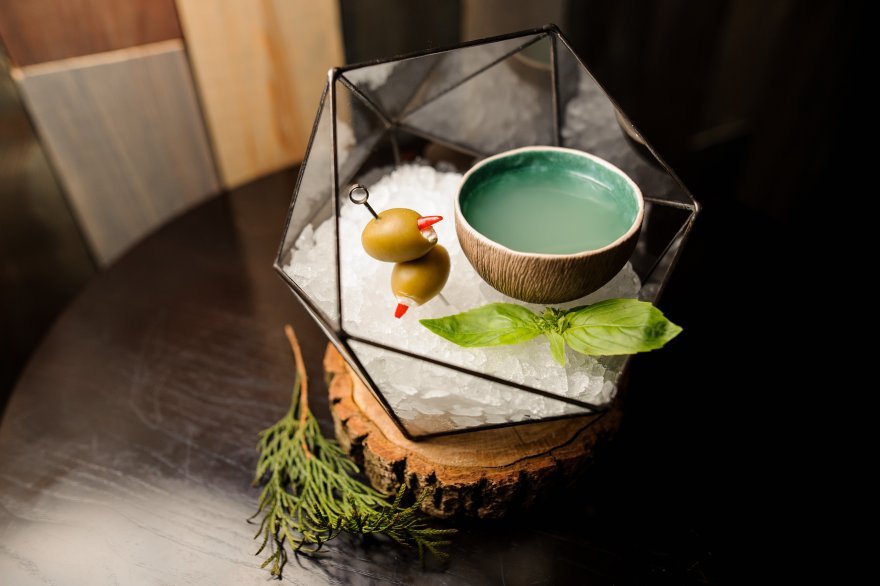 The first thing that popped up on my mind for “cocktail of the future” – it should be served in a pot that does not harm nature. I chose clay as it has a beneficial effect cocktail’s taste, as well. During production process I felt like a medieval alchemist. History is cyclical, and my cocktail of the future draws inspiration from a distant past.

Vitaliy’s cocktail is not only delicious, also healthy and offers new taste combination. Elisir di Lunga Vita will surprise people who are used to the simple flavors; it combines sweet, bitter and sour parts with a note of spiciness. It is based on gin Tanqueray NoTen. 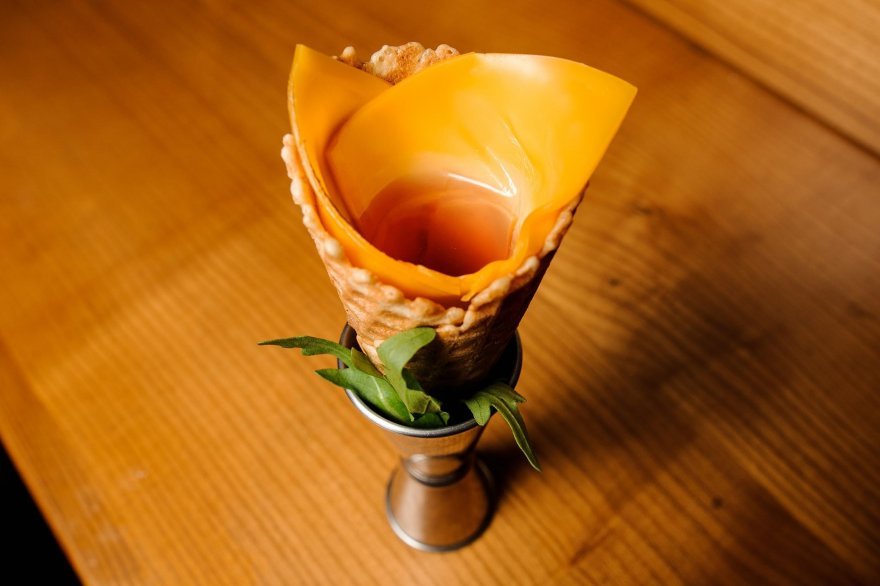 I think it is great and quite funny to combine the idea of food you drink with a beverage that can be eaten. When I heard our assignment “cocktail of the future” I never thought about any sophisticated technology. The future is in simplicity.

So, the cocktail Cheddarhead Charlie is not only a drink, it is eatable. It’s served in a waffle cone with a waterproof layer of heated cheddar. Inside – the cocktail is based on premium vodka Ciroc. For Evgeny, the future is simple, and his cocktail follows this principle. 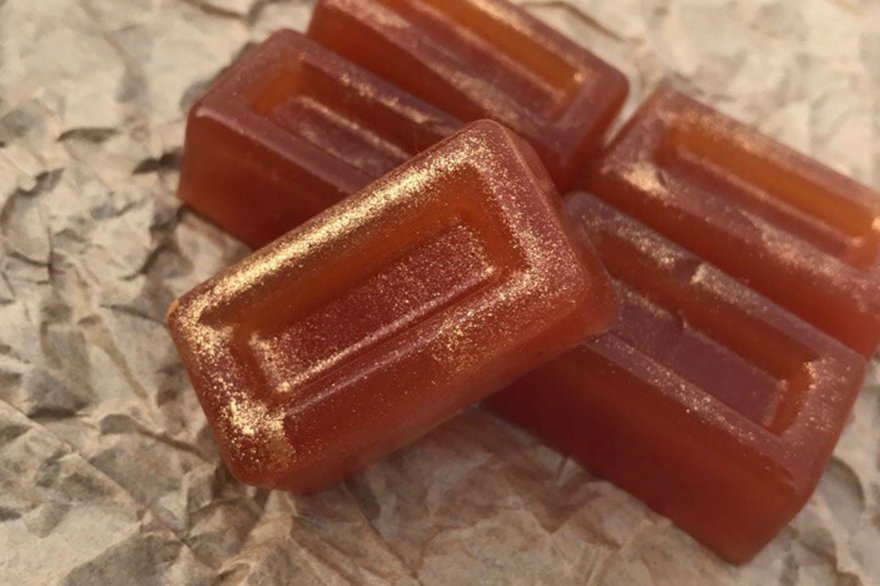 Cocktail culture is developing every day. Many take inspiration from the kitchen, some use a completely unexpected ingredients and mixing of flavors, and so on. But I think that the future is to further popularize the cocktail, and this should be done not only in bars and restaurants.

Taras’ cocktail looks like chewy candies – sour and sweet, spicy and salty at the same time. This chewy Honey Mary cocktail based on ultra-premium vodka Ciroc can be bought in grocery stores as chewing sweets. 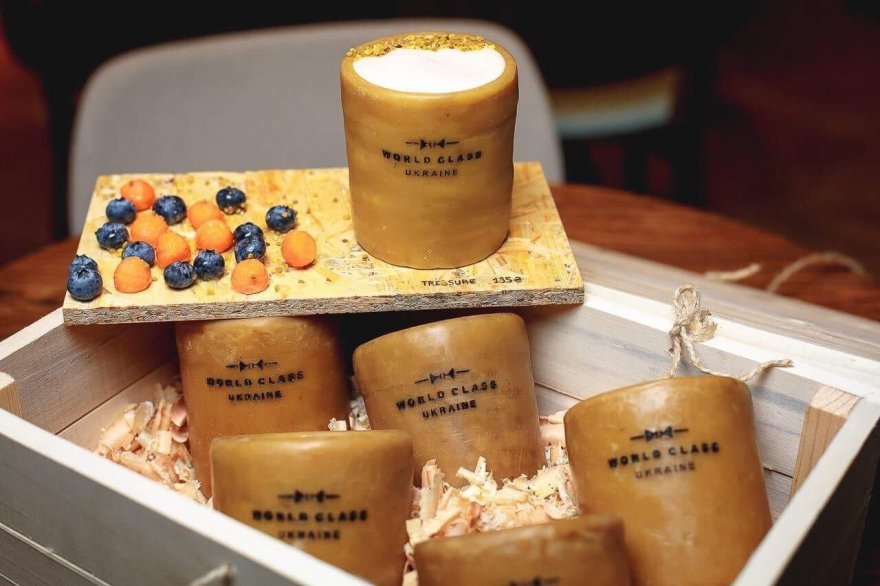 The recipe of “Treasure” is very simple: Families and beloved ones who gives us strength and inspiration; New acquaintances, that bring us happiness and faith in ourselves; Nature that grants us health and purity. Cocktail “Treasure” is served in beeswax-glass and based on Bulleit Rye whiskey. 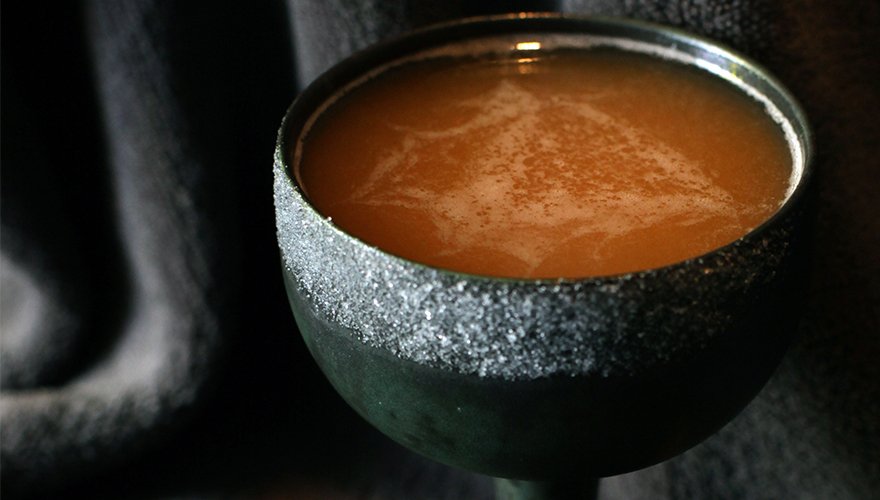 Every person is unique with his own perception of the world and taste. His reaction to a drink depends on many factors: mood, weather, how the cocktail is served, its color and appearance. I believe the future is in the universal beverages that bartender shouldn’t describe in words – the only description is the spirit of a drink.

Cocktail of the future by Roman, should be universal, complex and filled with variety of smells, so everyone can find something for themselves. Sol De Verano is prepared with premium tequila Don Julio Reposado. 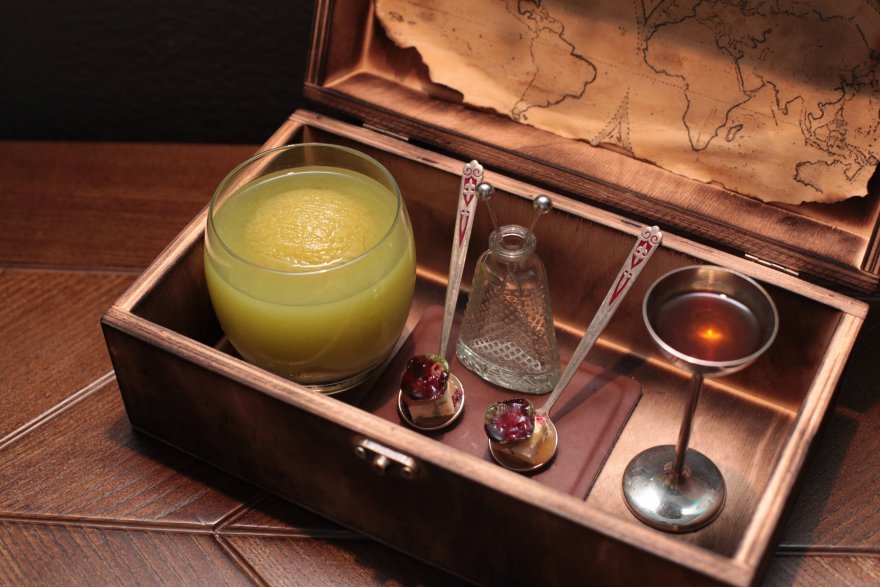 The components of my cocktail came from various cultures, different countries and mindsets. They impose contrast and leave a vivid impression. All ingredients are mixed together and create an elegant structured composition

I see the future of the cocktail in the compound of the usual ingredients for us to get a completely new flavors.

Maria offers her version of the cocktail of the future – Siesta, a drink based on premium tequila Don Julio. She implies that the world still didn’t use the potential of simple ingredients to its fullest. 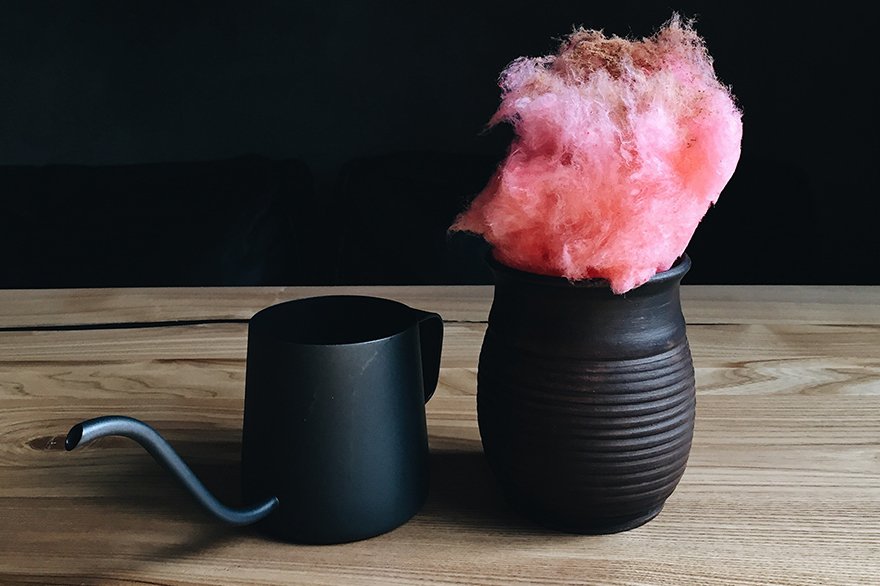 Future is the gathered knowledge, skills and experience. If you think about it, the future is being formed now, at this particular moment; in other words, all of us are architects, creators. This is nothing but inspiring. For me, the future centers around science, chemistry. It is omnipresent: chemistry is air, water, furniture, the clothes we wear, we are chemistry. Everything we eat and drink, everything we feel and think about.

A cocktail is chemistry, too. It has a formula and it can be resolved into molecules. The idea of chemical composition captured Anton and eventually he created cocktail, Moscow Mull, in 3 states of matter – the liquid, the solid and gaseous. The cocktail is based on premium vodka Ciroc. 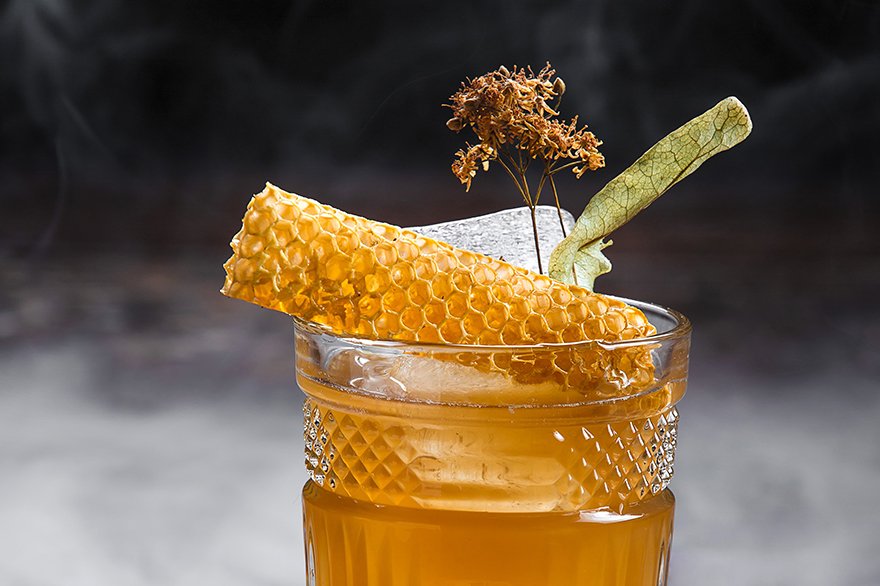 So ethnic cocktail “Ethno” absorbed the centuries-old traditions of our region. But, exactly, the combination of lime blossom, honey and spices with rum Zacapa 23, allowed to fully unleash the full bouquet of taste sensations and leave a warm and spicy aftertaste.

We exposed the works of the international participants of bartender competition. The cocktail culture comes again to its golden age, and as we can see the participants is creating incredibly delicious drinks filled not only with alcohol varieties but the conceptual ideas too.